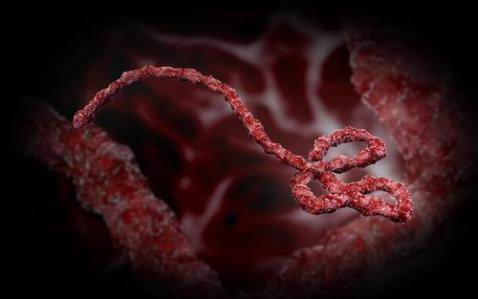 My absolute favorite thing from last year was my Applied Calculus class’s project on modeling the spread of Ebola in Sierra Leone.  What started off as a simple task extending some of the ideas from the course ended up becoming, on several different levels, an authentic and powerful learning experience.

As that course normally does, we started off the year exploring SIR modeling, with a liberal lifting of ideas from Calculus in Context.  After the students gained some familiarity with Euler’s method and basic programming in Python, I had them craft their own code to model a simple measles epidemic.  From there, we moved on to examining results and discerning the features of different models, all the while improving on their understanding of both the concept and utility of rates of change.

At the time, Ebola was all over the news, so trying out our newly acquired skills on that epidemic seemed like a natural next step.  I asked the class if they wanted to develop a model and present their findings to the rest of the school as part of a weekly lecture series we have, and they jumped at the opportunity.  The class was small—only six students—so I decided to let them work together as one big group.  Six is a bit larger of a group than I would normally want, but this was a fairly big problem and having several sets of eyes on each part ended up working pretty well.  I made arrangements for the talk and gave the kids about a week and a half of class time to research the topic, craft their model, develop code, and prepare their presentation.  They promptly got to work and ended up deciding to focus on Sierra Leone because of the quality of data they were able to find for that nation.  I think they really enjoyed being able to work on something during the day that they were constantly hearing about in the news.

By this point, my input was minimal.  I only really functioned in a few capacities: reminding them not to get too bogged down with details before they had fleshed out a good basic model, suggesting that if certain parameters were too difficult to determine theoretically (based on the limited information available) they might guess-and-check to make that part of their model fit existing data, and helping them with inevitable coding difficulties.  With a good foundation underneath them, I was squarely on the sidelines; extended periods of lip-biting were necessary in order to let them own the struggle.

The father of one of my students from the previous year happens to be the State Epidemiologist with our Department of Health, so I contacted him to see if he’d be willing to come to the lecture and give notes afterward.  When I told the class he had agreed, I would characterize the response as simultaneously nervous and exhilarated.  If they were already working hard to do a good job in front of their peers, they definitely stepped up their game once they knew there was going to be a professional in the audience.

The presentation went really well.  Apart from the general nervousness you would expect, they did a great job conveying the basic ideas to their peers, teachers, and the epidemiologist.  I chalked it up as a win.  Here’s the video of that talk:

Meanwhile, our school’s Director of Communications got a local newspaper to run a story on the project and shortly afterward the math chair at a nearby university contacted me to see if my students would be interested in presenting their work to the students and faculty in his department.  Needless to say, my kids were super-excited by the opportunity to give a lecture to college students.  A few months later (when we got the scheduling sorted out), we watched the video of their first talk for some feedback, they polished up their presentation, and they nailed it again.

For me, if it was cool before, going to the university is where it got awesome.  My students got a glimpse of the life of a mathematician: spend a lot of time learning about something and working to build on it or create something new with it (usually in collaboration with several other people), publish your results, and travel around to share those ideas and results with others.  As I’m sure David Perkins would support, the learning was made “whole.”

But here is my beyond-a-doubt favorite part: the students did all of this great work for no grade whatsoever.  No part of this project figured into a score of any kind or had anything to do with their grade in the class in any way (except of course that the process of working on it improved their understanding of the concepts).  I’m afraid that a lot of teachers think that if you can’t hang grades over their heads, students won’t do any work.  Every year I’m finding more and more that if you just give them authentic stuff to work on (and make it for a broader audience than just you), students will often defy that expectation.  These guys certainly made me a happy teacher.

(The next time I offer this course, it will be refashioned into Mathematical Modeling and utilize spreadsheets and NetLogo to not only look at some different situations, but also to examine how different modeling techniques can tackle the same situation.  In addition, I’ll be freed up from feeling like everything has to be centered on some calculus concept or other and the students can have a bit more flexibility to explore their interests.)

This site uses Akismet to reduce spam. Learn how your comment data is processed.